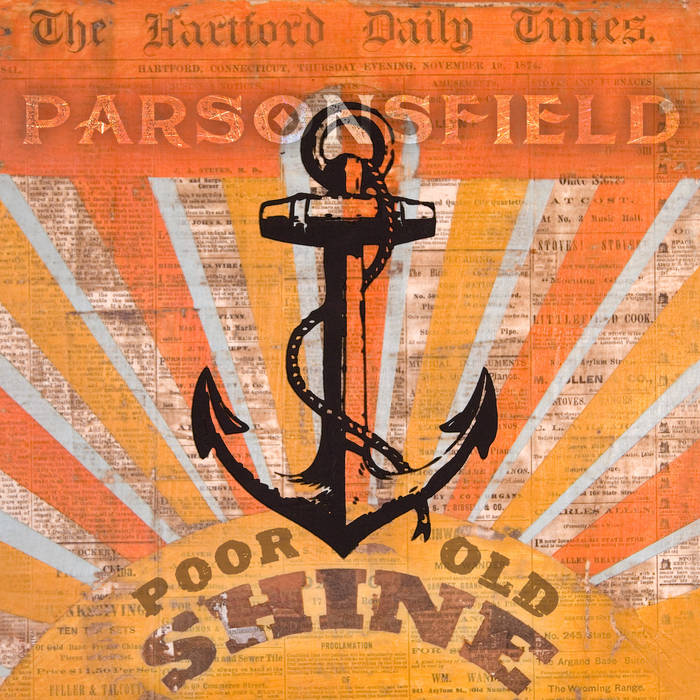 Parsonsfield is a roots band with a grassroots ethos. The Connecticut quintet prizes the human element that underpins their music, from songwriting to recording to album design and even choice of record label: Parsonsfield released its self-titled debut studio LP, recorded with Sam Kassirer (Josh Ritter, Joy Kills Sorrow), Nov. 5, 2013 on Signature Sounds.

“You can’t have music without people, whether it’s electronic music or the oldest Delta blues players,” singer and banjo player Chris Freeman says. “The people behind it are really important, and we always want to make sure that everything we do feels handcrafted and pure.”

Purity is subject to interpretation, of course, but the term certainly describes the band’s motives. Formed at the University of Connecticut, where Freeman met banjo and mandolin player Antonio Alcorn in a folk music club on campus, an early version of Parsonsfield landed its first gig—opening for a friend’s band at the legendary New Haven club Toad’s Place—before the musicians had even decided what to call themselves. “It was a lot of fun and we figured, we might as well get another gig, and it went on like that for another year or so,” Freeman says.

With the addition Max Shakun on guitar and pump organ and Harrison Goodale on bass, the band began writing songs influenced by Pete Seeger, vintage bluegrass and bands like the Avett Brothers; recording a pair of self-released EPs and spending time on the road. Parsonsfield played live shows before increasingly appreciative audiences in renowned venues, including the Kennedy Center for the Arts in Washington D.C., Club Passim in Cambridge, Mass., Rockwood Music Hall in New York and Infinity Hall in Norfolk, Conn., where the musicians recorded a live album in 2012. After capturing the band’s onstage sound on the live LP, the group wanted to push themselves into new territory on Parsonsfield They found a ready collaborator in Kassirer, whose Great North Sound Society studio in Maine lends itself to focused creativity.

“It’s about 40 minutes from the nearest grocery store,” Freeman says. “There’s no cellphone service, there’s no Internet, it’s like it’s totally closed off from the world, and we really wanted to make that feeling that we had there come across on the album.” You can hear it in the sound of a cricket and creaking door hinge that open the atmospheric ballad “Ghosts Next Door,” and the dusty thump of a kick drum on the lovelorn “Empty Rocking Chair.” Not all the songs are somber, though. Opener “Weeds or Wildflowers” is a joyous, celebratory number with beautiful close harmonies, while the mandolin-fueled rambling tune “Right Now” has a soaring, anthemic feel. “We wouldn’t have been able to make the album that we made without exploring that traditional bluegrass sound, but we were really excited to also experiment,” Freeman said.

It paid off: Poor Old Shine is one of the most exciting roots albums of the year, from a self-assured young band that’s just now hitting its stride—and worked hard to get there. “The last two years feel very surreal and it’s hard to imagine what will come next,” Freeman says. “We’re just really excited by the opportunities we’ve had and the artists we’ve gotten to meet. We just want to keep living this dream.”

Parsonsfield is a four-piece alt/folk band that infuses a rowdy, rock-’n'-roll spirit into its bluegrass and folk influences, blowing away any preconception of what you think banjos and mandolins should sound like.

Bandcamp Daily  your guide to the world of Bandcamp

Featured sounds from Fly Lo and Ahmed Idris, plus Mother Nature hops on to drop off new project